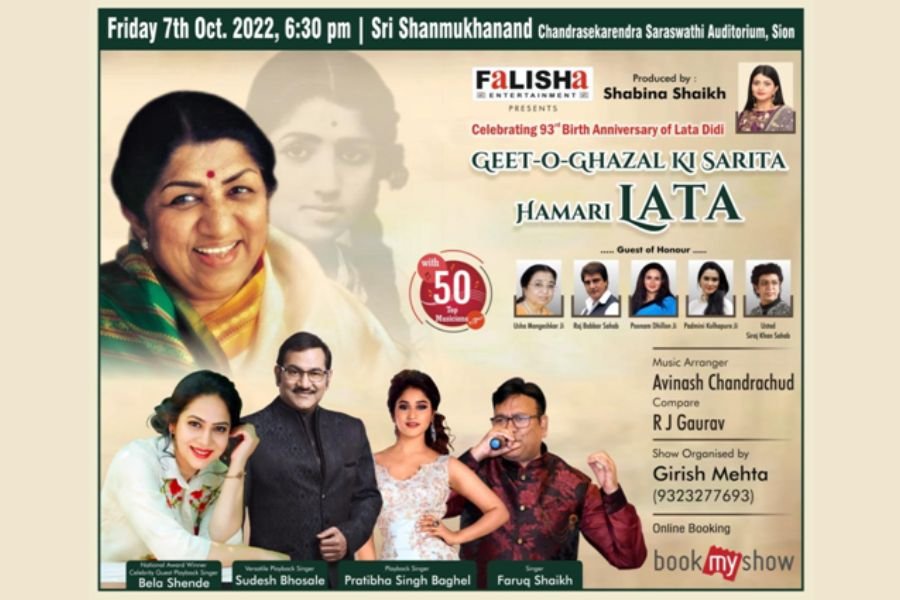 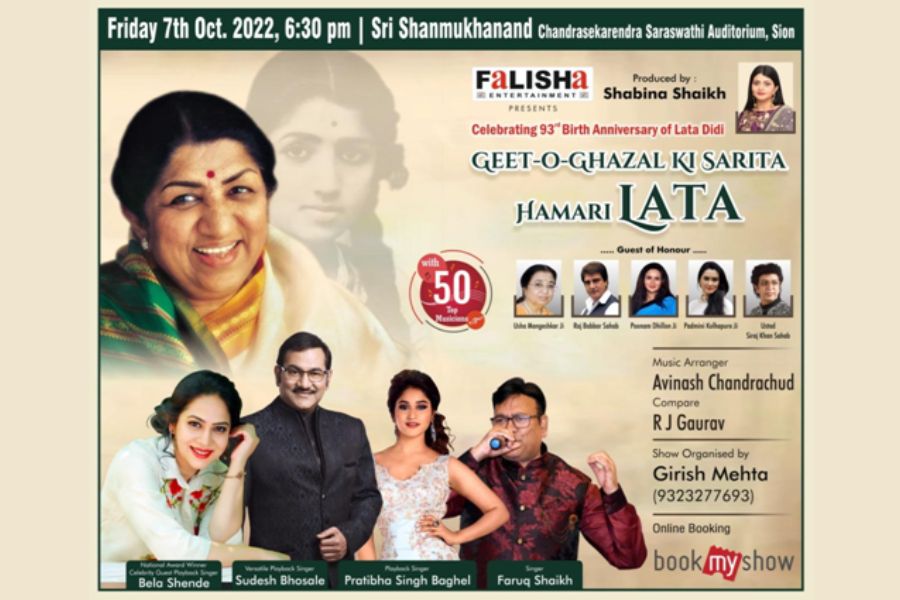 September 30: Falisha Entertainment organized a concert named ‘Geet-O-Ghazal Ki Sarita Hamari Lata’ to pay a heartfelt tribute as well as Celebrate the birth anniversary of Lata Mangeshkar. She was often referred to as the ‘Queen of melody’ and has lent her voice to a number of Bollywood songs for many decades. The concert “Geet-O-Ghazal Ki Sarita Hamari Lata” aimed at bringing together nuggets and anecdotes from her career spanning over seven decades. The organizers also pay tribute to Mangeshkar, who is widely considered to have been one of the greatest and most influential singers in India.

Nightingale of India Lata Mangeshkar has been laid to rest with full state honours, but it is yet to seep into everyone’s consciousness that she is no more. Tributes are still pouring in, and everyone remembers the experiences they had with her. Organizer Shabina Shaikh who has paid a heartfelt tribute to Lataji dedicated her live concert to the late Mangeshkar. The concert is coming up at Shanmukhanand Hall Sion on October 7 2022, at 6:30 pm. Fifty musicians will participate in the concert. Singers like Sudesh Bhosle, Bela Shende, Pratibha Singh baghel, and Faruq Shaikh will

perform in a live concert. Usha Mangeshkarji and Padmini kolhapuriji are also going to sing as celebrity guest singers.

Falisha Entertainment’s managing Director Shabina Shaikh said that the voice that Lataji left could not be filled, and she will be part of our souls. Many dignitaries like Usha Mangeshkar, Raj Babbar, Poonam Dhillon, Ustad Siraj Khan & Padmini Kolhapure will grace the live concert.